This is your time!

“Movies can and do have tremendous influence in shaping young lives…” Walt Disney. Walt Disney is one of the greatest filmmakers of all time and he was able to inspire people to watch movies. He took old fairy tales and turned them into masterpieces. He made cartoons during World War II in favor of American and their cause. Now we can go back and watch these films and appreciate them in completely different senses. Disney’s animated films like Snow White or Cinderella are not movies that are shown in the classroom but these movies spark the imaginations of children all over the world. Now I am able to recall many Disney films from my childhood and remember why they were special to me. They created a bond that cannot be broken in society.

I am not here to talk about Disney, even though he was a brilliant mind. I am here to discuss movies and education. I have shared my story and I have asked a professor of mine to explain why she loves movies as much as I do. I have talked about Shakespeare and history. All of these topics all bring students together and create an environment that is an equal playing field for all. I guess what I am trying to say is that through my passion for film it has made me want to learn more about the world around me and get as much information as I can. Many people have photographic memory or can retain information about the microorganisms that live in our world. But the one thing that keeps everyone on the same playing field is movies. There are films for everyone. A Biology major can watch a movie like Gattaca and probably be interested in the movie. Or someone who is very artistic and loves to paint would probably love The Agony and the Ecstasy or Girl with a Pearl Earring. 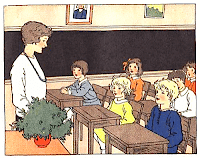 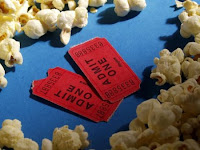 Many of my friends say that I am a huge Movie nerd. Now I believe that I love movies a lot more than my friends but I am not a movie nerd to the extent that many other movies buffs or nerds are. I have taken two film history classes in my college career so far the movies that are presented in the class are movies that I have either never heard of or that I have never seen. I have not come face to face with a movie that I have seen before. I think it is great to be introduced to new things, new ideas. This is why I think movies are crucial for students in school. Yes, most students think that it is a way to get out of class for that day, but surprisingly enough most of the students watch and enjoy the movie and the significance of it to the classroom. There have been books I have read that I had a hard time reading and understanding but through the medium of film I was able to understand and comprehend the book better.

Much is captured on film that is educational. One of the main films I remember watching a lot when I was in school was Schoolhouse Rock. This was a film I saw almost every year and by the end I was able to sing along to the songs in it. I still can sing some of the songs from the movie. This is a prime example of using a movie that is educational. There is a film of the actual Woodstock. Now in grade school we did not discuss the era or specific event but once I reached college I was faced to look more into Woodstock in my Popular Culture class. This documentary about Woodstock was helpful to see what actually happened there but also see the different types of people coming and celebrating music and peace. There are other documentaries that captured World War II which I had to watch in my class. Being able to see these events and follow along with the textbook is very helpful. It takes the words off the page and we are able to see clips of the different air raids or battles. We are able to see the destruction of the cities and the devastation on the faces of the soldiers and citizens.

Documentaries are used a lot in History classes, which is one of my favorite subjects, but it is not the only way to show some of what might happened. I guess I cannot express how important I think it is for students to be able to expand their minds through books, photos, and movies. Variety, for me, is the key to unlocking the students mind and helping them understand what they are studying.

I think it is also important to point out that movies are able to talk about events and topics that are very hard on society. Gay Marriage. Abortion. Abuse. Politics. These are subjects that film can really challenge and open the minds of people. These movies should be shown in a classroom. I feel that children need to have their minds opened. Using the medium of movies is one of the best ways to show people a completely new view on issues, people, time periods, events, and imagination. This medium has been around for over a hundred years and I think that this medium will be around for hundreds more years as long as it educates and opens the minds of all who see it.

People need to learn outside of the classroom as well. This is the only way for us to grow and learn as much as we can. I think going to the movies is a great way for people to open up their minds to the different possibilities the world gives us. For example, there have been a couple movies that have come out recently that are based on real people and real events in our history. I think these films are great films that the younger generation needs to see so that they can learn their own history. J. Edgar came out recently with Leonardo DiCaprio as J.Edgar and this movie shows him as a young man working his way up in the Bureau and then finally becoming the Director of the Federal Bureau of Investigation. I found this movie to be very interesting because it helped me understand the FBI. I hope that a teacher would show this film to their classroom once it is released because the movies spans around 50 years and provides a detailed portrait of our history. Frost/Nixon came out a couple years ago about the famous interview between President Richard Nixon and British TV personality David Frost. This movie shows the interview process and the background of one of the biggest corruptions in our nation's history. I had never really known what had happened besides the words Watergate and Impeachment. Now I am able to say I have a better understanding of this president.

There are also films that keep coming out based on very famous novels and best sellers. Harry Potter is obviously a very popular serious that might not be read in school because it is 'controversial.' I think that is a little absurd but people are entitled to their opinions. There are other movies that have come out like The Chronicles of Narnia: The Lion, The Witch, and The Wardrobe. I have stated in a previous post that I read this while in school and now there is a live action film, which I think is great in sticking close to the book. Pride and Prejudice was made a couple of years ago. I thought this was a great film of a classic novel. Soon there will be versions of The Great Gatsby and Great Expectations, both novels I had to read in High School. I think that updating these classic tales is a smart way to get younger audiences into reading these classic novels. I do not like Great Expectations. I felt that it was a hard novel to read but I did watch the 1946 version in school. It was the best version at the time but now they are updating this novel and will hopefully bring Charles Dickens story to life. Also The Great Gatsby is also becoming more dated. The great thing about the film industry is that there is rarely ever one version of a novel or story. They are always changing to be able to tell the story.

I firmly believe that the classroom needs to have some form of film for the students to be able to grow but I also think that students need to take initiative and see things might be more obscure and educational. Rarely have I seen a teenager choose to see a documentary about the government or the education system just for fun. I think there comes a time where the younger generation should go see these documentaries or more historical films and not just the cheap thrill movies. I love to watch all types of films. I hope that my generation will soon be able to go see something that is out of their comfort zone.

As a student talking to another student "This is your time! Now go out there and take it!"

Caitlin Bradac
I am in the BA/MA Communications program at FDU. I play Softball and I am a huge nerd. :)